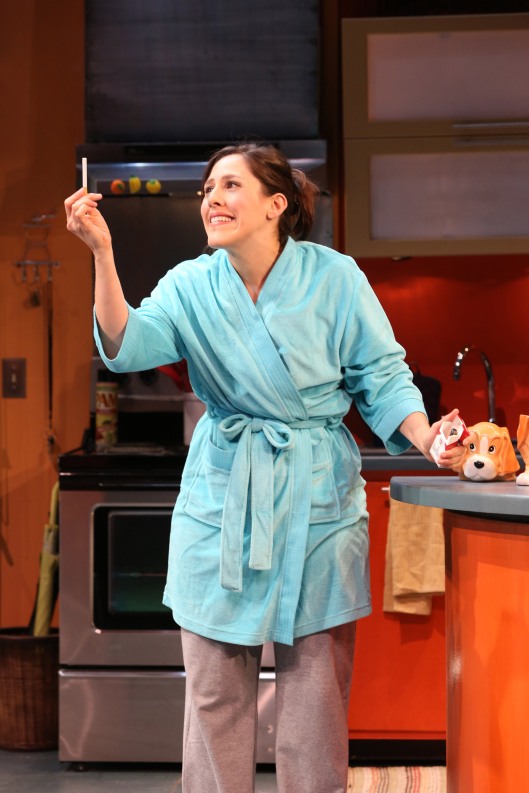 Farah Alvin as the illicit inhaler.

The Last Smoker in America seems like a particularly New York nightmare. It’s not our guns and religion that they’ll pry from our cold dead hands, it’s our smokes! There has been much resentment by the community of gradual immolation and halting recovering through hors de prix nausea, or as I like to call them the carcinogenophiles, after Bloomberg banned lighting up in restaurants and bars, and then public parks. After the mayor’s threatened interdiction of fizz (by the fuzz?), the soda industry has been rallying its troops of the morbidly obese and reflexively sedentary to take to the streets and storm city hall. Perhaps instead of a typical march, the folks at Coca & Pepsi Cola can hire a fleet of reinforced golf carts to ferry its legions of animate lipids down Broadway— though this might cause panic among New Yorkers that there’s been an alien invasion…from the Midwest! The Last Smoker in America posits a future where cigarettes have been outlawed and possession can lead to heavy fines.  At the beginning of the play, an animatronic smoke detector announces that possession of one cigarette is punishable by one year in prison, and later proclaims that persons caught inhaling will be sentenced to twenty years hard labor in Poughkeepsie. Poughkeepsie!

Bill Russell’s book and lyrics might be amusingly farcical if you didn’t get the feeling he didn’t take this all a little too seriously. The trend nationally and globally has been to discourage public health hazards like smoking and obesity that not only have an outsize effect on the quality of life and premature death of consumers and their family and friends, but also place a massive burden on hospitals and doctors, while at the same time legalizing (but still discouraging consumption) drugs like marijuana that distract the police from solving real crimes and foster criminal organizations that step into fill the demand. Prohibition isn’t likely, and the specter comes across as the reactionary fantasy of an addict. But politics aside, this is still a musical, and that can’t be ignored.

While Mr. Russell’s premise may be alarmist and absurd, many of his lyrics actually spark. It is Peter Melnick’s pumped in poppy music is the true tracasserie; it feels as if it should be the soundtrack to a mall filled with High School Musical rejects. That said, the cast is excellent. Farah Alvin plays the titular unrepentant smoker, Pam. Her wannabe rocker husband and recovering nicotine addict, Ernie, is played by John Bolton (no, the former ambassador to the UN is not moonlighting off-Broadway to promote the tobacco industry, oh, well). Jake Boyd plays their ghetto-fabulous white son, Jimmy, and Natalie Venetia Belcon plays their next-door neighbor and anti-smoking zealot with a profound belief in hellfire for puffers once perished (perhaps the same does not go for adulterers; we soon learn she’s sleeping with Ernie). The fact that Phyllis is black shouldn’t be relevant, but in addition to the musical’s politics of ‘choice’, it dabbles in race. What it adds beside discomfit isn’t clear.

Phyllis is the only black woman in this suburban neighborhood, and if her pious wrath doesn’t feel exactly racist, any more than Jimmy’s rap in a doo-rag about his ‘gangsta’ bona fides, they both feel weirdly out of place.

Perhaps the politics of a musical should not be the primary focus of a review, but when they form its cacophonous foundation, and we are given little else beside tired farce, it becomes the most interesting thing about the piece.

The Last Smoker in America plays through September 30 at the Westside Theatre/Upstairs, 407 West 43rd St.